The goal of classical homeopathy is much more than just eliminating symptoms. It aims for attaining well being which  is defined as all round emotional, mental and physical well-being and not just an absence of symptoms. Such an healthy individual is able to pursue creative freedom to fuifill one’s purpose of life. 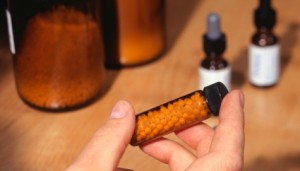 Homeopathic treatment is directed  at the total person of which dis-ease is only a part. This holistic approach renders more long term success with classical homeopathy.

Homeopathy has grown in its’ complexity and divergence over time but one has to be careful not to be drawn in by charismatic charlatans, false practitioners and teachers who make it very appealing but nonsensical in its approach in trying to do good – this can often be fraught with danger in that the actual issues do not get attended too and valuable time is lost.  In this era of ‘New Age’ where it is often fashionable to use complex, complicated divergent techniques, remedies and modalities that sound impressive to the layman and yet rarely brings about a lasting effect in term of regaining health. Classical homeopathy is a form of homeopathy that often uses a single homeopathic remedy at a given point  based on the most prevalent presenting and individualizing symptoms of the client’s dis-ease. It uses the concept that remedies stimulate the vital force in a way as to allow regaining of healthy balance by using its’ innate healing abilities. Implicit in this understanding is that the client and the homeopath must work together to ensure its’ continued success.

Online Consultation over Skype, WhatsApp, Hangout, Duo, Messenger etc are available for worldwide consultations
An initial 3 months commitment is considered vital in order to determine if this approach is helpful in regaining back optimal health.